Left the motel about 7 am and headed east on Highway 12. Hoping to get as far as Ingomar. But the immediate goal was Melstone which was 34 miles. Cool morning with mostly cloud cover and a slight cross wind. What a beautiful trip to Melstone. The Musselshell River was high due to all the rain they have had recently. Mostly a flat stretch of highway with a couple of hills that I made it over without walking. Hardly any traffic. Made it into Melstone about 10:30 and stopped at the general store for some water. Wish I would have had some extra time as these general stores really carry it all. Inside the store met this old fellow who gave me the history of Melstone. Railroad town it was. The track is not even there anymore..Old boy had a good smile. Just no teeth. Here are some pic of the trip to Melstone. 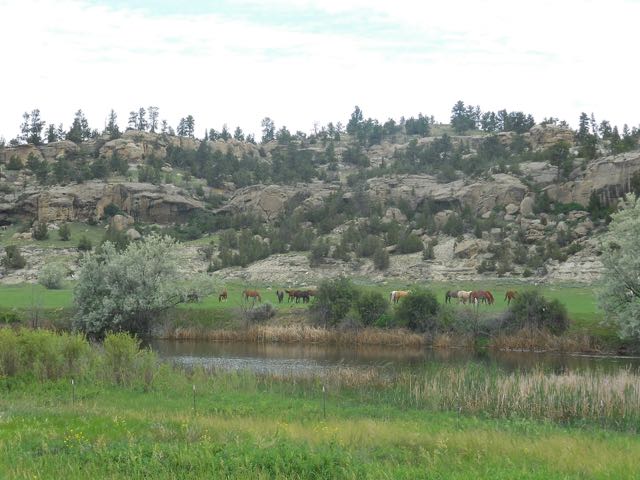 Pretty nice background to build a ranch on. 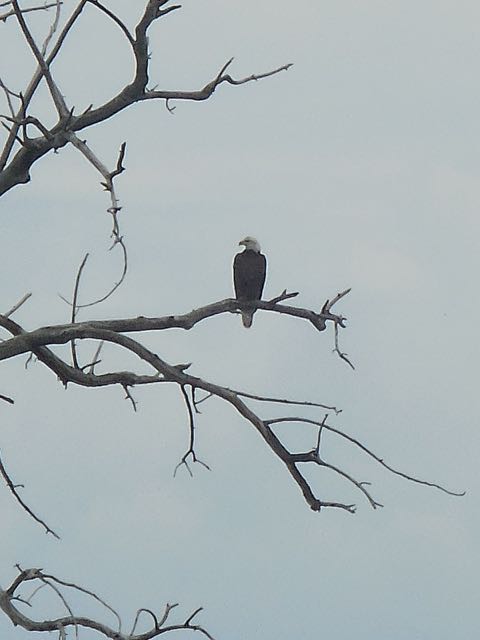 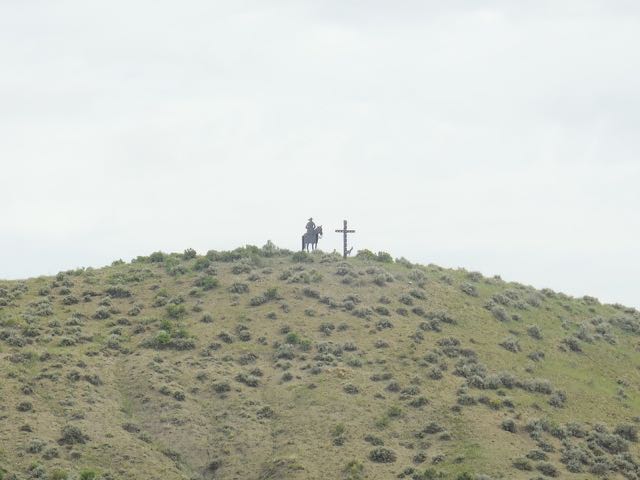 Could this be Roy Rogers and Trigger 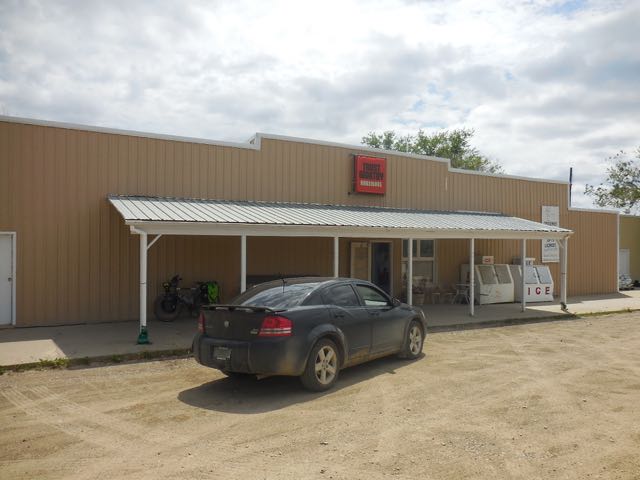 I did mention in a previous post that I was not a big fan of hills and hot weather. Add headwind to the list. I think I spent 5 hours going 28 miles. It was in my face blowing about 20-25 mph. I actually had to peddle the bike downhill. Thank God it wasn’t hot. Temp was about 80F is all. And hills also. I just stopped frequently and rested, drank lots of water. It did not let off at all. Made it to Ingomar at 4:30. Here is a pic of the kind of shoulder I rode today. 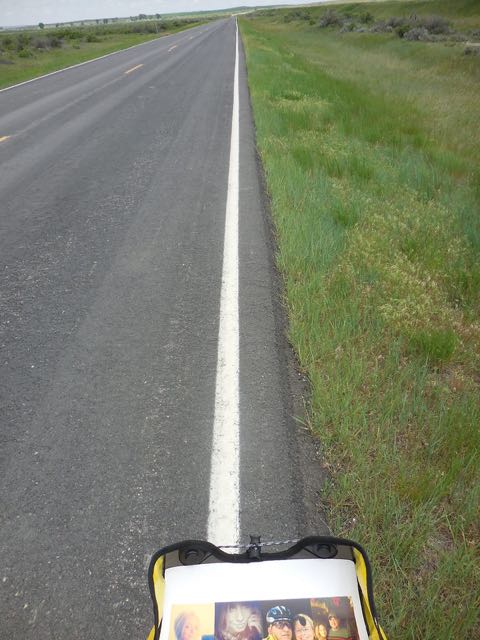 Ingomar is really just a weedy spot on the map. About 10 families call it home. Sorry to say but it is really run down. It is famous for its Bar/Restaurant though. 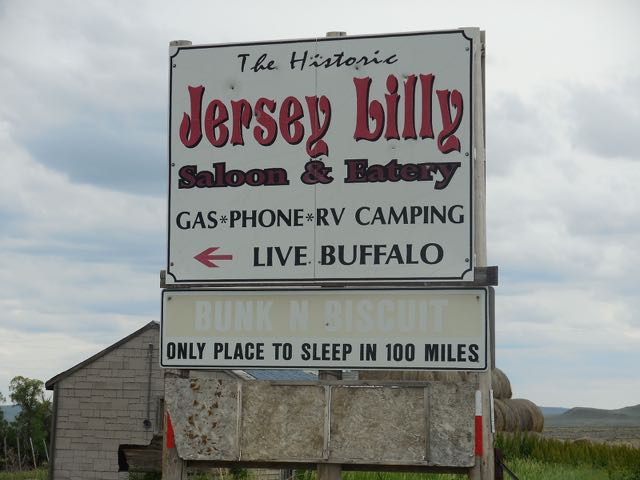 I was thinking I would ask somebody if I could pitch the tent but when I was eating dinner I found out that the owner also owned the old High School and that it had be converted to a hotel like. I agreed to pay the $30 for the as the weather outside was getting frightful. But here is the kicker. As I was leaving the bar to get on my bike and go down to the school a fellow pulled up in his truck and got out and asked me if I was the biker who had come through Melstone this morning. I said I probably was a nobody else would be stupid enough to ride bicycle here. He said that is good news for him as he just won $80 on a bet on me. Seems when I was riding through Melstone about 4 old boys were sitting in the bar in Melstone and saw me and they made a bet that I would never make it to Ingomar today. $20 bets I guess. This guy bet I could and the others bet I would not. He won as I made it. He took me back inside and bought me a shot of Crown Royal. He took a pic to verify to his loser buddies. How funny.

Here are some pics of the inside of the old school I will be staying in tonight. Creepy but nice. Suppose their are ghosts of any kind in here. 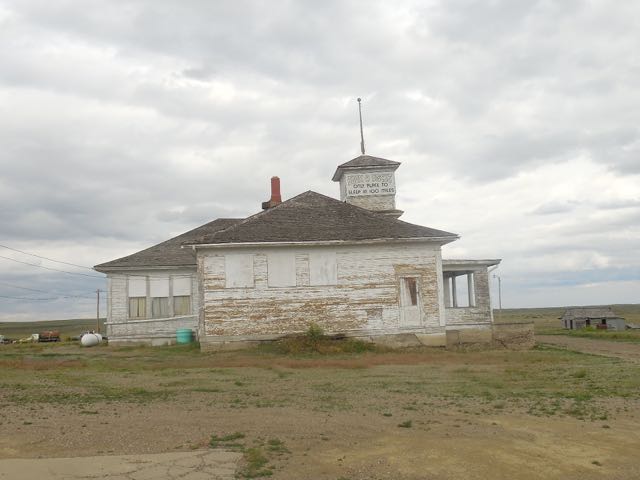 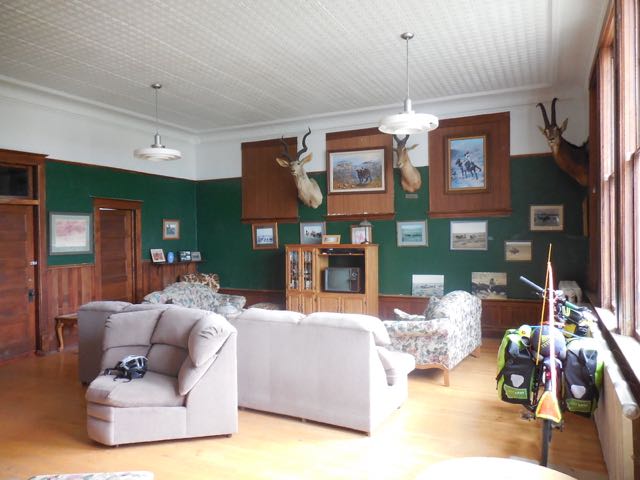 Ingormar is really a rundown place. Here is a pic of what is typical here. 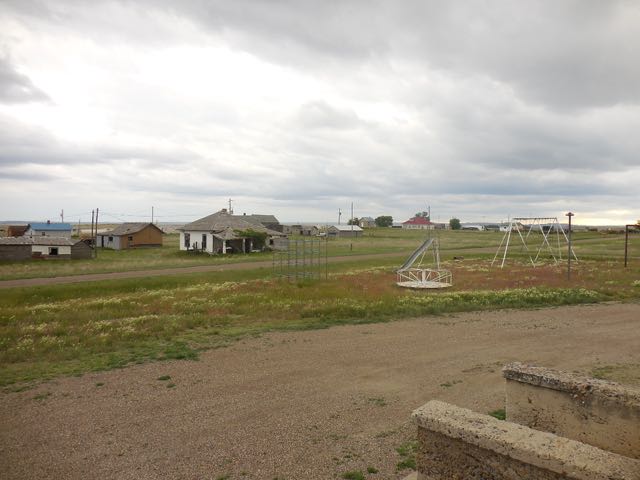 Will leave here early tomorrow morning and head for Forsyth. A 42 mile ride. Hopefully I can beat the wind.

Here are the numbers: